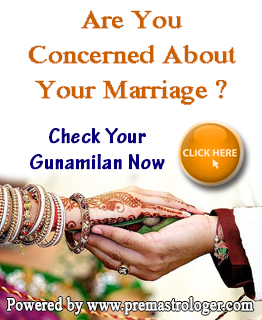 Throughout the ages, the gemstones have been seen as representations of wealth and power. Symbols of supremacy like crowns and richly decorated clothes and robes have traditionally been adorned with jewels. But gemstones are not just for the wealthy or scientifically minded researcher. But these can be appreciated by common man also just to enjoy the beauty of these gems. The gemstones appeal initially due to their mysterious appeal, and their colour. This makes them exquisite but their rarity, hardness and durability them doubly valuable.

Gemstones are minerals. Out of a total of more than 2500 different minerals, only about 60 odd are commonly used as gemstones. Other minerals are unsuitable as gems because they are too soft and get scratched easily.

A mineral (or occasionally an organic mineral) to be called a gemstone, it must be beautiful in its appearance and colour. A gemstone has to be durable i. e. it should be hard enough to survive constant use and handling without getting scratched or damaged. Finally, it must be rare, because its scarcity makes it valuable.

Most of the gemstones are natural inorganic minerals with a fixed chemical composition and a regular internal crystal structure. A few gems like Pearl and Amber come from plants and animals and are known as organic gems.

Then there are some gems, which are synthetic. They do not have natural origin but are made in laboratories. They have very similar physical properties as the natural gems, and can be cut and polished to imitate the real thing. Sometimes these are used as a substitute in jewellery as they cost substantially less than the real gems.

Gems are scientifically fascinating too. Gemologists make a complete study of each stone, both as it is found in the rocks and after it has been cut and polished. That is why during the formal study of gemology, both aspects are given due importance. This makes them able to distinguish between two similar looking stones, one of which may be fake. The science of gemology looks at these minerals by way of their crystal structure and the physical properties. Everybody interested in buying gems (for whatever purpose) should have an idea of these properties.


Hardness : One of the key qualities of a gemstone is hardness. This means how well a gemstone resists scratching. Higher the hardness, more durable is the stone. Diamond is the hardest gemstone known and has been assigned hardness of 10 on Moh's scale of hardness. The Talc has been given lowest hardness of 1 on this scale. All gemstones are rated in between 1 to 10.

Specific Gravity : This property shows the density of the gem. In common parlance it shows the weightiness of the gem. The greater the specific gravity, the heavier the gem will feel.

Crystal shapes: This can give a definite clue about the gem's internal structure and is used by experts to differentiate between fakes and original gems.

Optical Properties : Researchers and experts to differentiate and decide about the ways of cutting and polishing the gems also use these properties.

How gemstones are formed

Mineral Gemstones :: Gemstones that are of mineral origin are found in rocks, or in gem gravels derived from these rocks. Rocks themselves are made up of one or more minerals. The formation of these rocks is a continuous and ongoing process. Gem quality minerals within these rocks may be easily accessible at the earth's surface or they can lie buried deep inside it. Sometimes these gem laden rock gravels get separated from their host rock due to erosion and are carried long distances by rivers to lakes, sea and shallow areas. The three types of rocks where gemstones are found are:

Igneous rocks : : These are rocks, which have solidified from the molten rocks, which lies molten deep beneath the earth's surface. Some igneous rocks are extrusive where it solidifies after volcanic eruption and some are intrusive rocks where it solidifies beneath the earth. The rate of solidification determines the size of crystals found. Slower the rate, larger the crystal and consequently larger the size of gemstones in it.

Sedimentary rocks : : These rocks are formed by accumulation of rock fragments produced by weathering. In time these fragments settle down and harden into rock once again. Sedimentary rocks are normally found in layers and sometimes the gems found here show these layers in them.

Metamorphic rocks : : Metamorphic rocks are either Igneous or Sedimentary, which have changed beneath the earth due to heat and pressure and has resulted in new form of minerals in it. During this process gemstones also grow within them.

Organic Gemstones :: Organic gemstones have their origin either from plants or from animals. Like natural Pearls form around foreign bodies that have made their way inside the shells of marine or freshwater shellfish. Cultured pearls are produced artificially in large fisheries, many in the shallow waters off the seashores. Shells, which are regarded as gems, may come from animals as diverse as snails and turtles, living in the ocean, in fresh water or on land. Coral is made up of the skeletons of tiny marine animals called Coral Polyps. Bone or Ivory from the teeth or tusks of mammals, may come from recently living animals or from fossils thousands of years old. Amber is fossilized tree resin, collected from soft sediments or the sea. Jet is fossilized wood, found in some sedimentary rocks.

Synthetic Gemstones :: Synthetic gemstones are made in laboratories or factories, not in rocks. They virtually have the same chemical composition and crystal structure as natural gemstones and consequently their optical and physical properties are very similar. However, they can usually be identified by the difference in the inclusions in them. Many types of gems have been synthesized but only a few are produced commercially, generally for scientific or industrial use.

That gemstones work for the betterment of oneâs life is a known fact. But many people do not believe in their effects. These days people, especially the younger generation, looks for scientific links between the gems and their effects. All astrological reasoning fails to impress many people to accept the benefits of the gemstones.

There are laws in pure science which have not been proved but are accepted as their effects are observed by us day in and day out and they are called laws conversely also as they have not been proved otherwise. The simplest example being Law of Gravitation. It is a law because it is observed daily by us and also it has not been proved through experiment to be not true.

Similarly the effects of the gemstones are observed by those who use them under proper prescription. Since the effects are very individual in nature, they are not in the scrutiny of public and people do not believe in their beneficial values.

The gemstones have different colours and luster. Sun being the source of all energy, also affects human beings. If we observe the sunlight through prism in a laboratory, we get seven-colour spectrum. The other invisible two colours are infra red and ultra violet. Thus the spectrum of nine colours is understood to be the cosmic matrix and is very essence of nine planets. The nine planets are associated with these colours and the stones prescribed are also in consonance. It is important to note that the wavelength of coloured light emanating from the nine planets is believed to match those radiating from each planetâs corresponding gemstone. Thus prescribing gemstones is not out of synchronous with this energy system. A particular stone absorbs all kind of solar and cosmic energy and allows a particular type of energy to pass through it and which the body then absorbs. If prescribed properly, this actually helps the individual. This restores the balance in him and he finds the self-improving.

Moreover, the effects of gemstones have been proved conversely also. If a person is prescribed a wrong gemstone, it has been observed to adversely affect him as long as he wears it and the effect goes away once the stone is removed. Thus the efficacy of gemstones do not require laboratory experiments just the way some of the pure science laws do not require experiment in their support.

Precious stones and their substitues

Prescription on the basis of 'Janma Rashi' or the 'Moon sign'

Prescription on the basis of 'Janma Nakshatra'-the 'Birth Constellation'

Prescription on the basis of First letter of the Name

Prescription on the basis of 'Janma Nakshatra'-the 'Birth Constellation'
In this system the prescription is based on the constellation (Nakshatra) rising at the time of birth. This system in practice has been used for prescribing gemstones with amazing accuracy. But at times it does not give desired results as this system also ignores other astrological factors during the process of prescription of stones to a native. The table below shows in ready reckoner form this system of prescription.

I met Dr Prem Kumar Sharma 20 years ago. One thing I would say believe in him things will work and his predictions are accurate and remedies effective. Ja Mata di
savneet
Always accurate and to the point. Never gone wrong ever. Simply the best. Besides that he is a soft spoken , down to earth person who cares. A great human being.
Subroto
Have been consulting him for 10 years. Excellent.
SANDEEP KAPOOR
The result of great relentless efforts of Dr. Prem kumar Sharma and his Team bringing smile to the face of people. I now believe in the fact that Astrology is entirely based on scientific principles. Mathematics side of the astrology is completely true, as life guide.
Mohit Chauhan
What sets Dr. Prem Kumar Sharma apart is his humility. He is an extremely good consuler. His communication regarding my points of consultations have been accurate and crisp. I look forward to meeting with him for consultations.
Captain Shivinder S Bakshi
Post your testimonial